skip to main | skip to sidebar


By STEPHEN CLARKE
Published: March 23, 2007
Paris
THE French claim to be a nation of rebels. They guillotined Louis XVI in 1793, they had uprisings in 1848 and 1871, and they boast that they maintain this noble tradition of protest in their habit of rioting every time there are rumblings of political discontent.
In fact, though, their heyday of revolution is over. Twenty-first century France rebels against change, not for it. These days, what typically happens is that a government decides to do something radical like, say, enable companies to fire service-sector workers who assault their customers. The unions see this as the first step on the slippery slope to slavery and call a national strike. After a week of posturing, the government backs down and waiters and sales clerks go back to insulting customers just as they have done since time immemorial.
The 2007 presidential election campaign is demonstrating just how deep this crypto-conservatism runs. After a relatively exciting, gossip-fired start to the battle for power, the French have decided, as the first round of the election approaches in April, that they want things to be boring again.
Historically, French presidents have been old, bald guys — Valéry Giscard d’Estaing, François Mitterrand, Jacques Chirac. In terms of sexiness, imagine an endless line of Dick Cheneys. This time, though, both front-runners have all their hair and, in one case, lipstick. Quite a novelty.
In the right-hand corner, you have a free-marketeer and friend to pop stars, Nicolas Sarkozy, 52. On the left, there is Ségolène Royal, age 53 but looking younger every day. She is unmarried but has four children with her partner, François Hollande, the Socialist Party chairman.
Given Ms. Royal and Mr. Sarkozy’s relative youth, it’s not surprising that this is the first time that sex has played such a large part in an electoral campaign. Everyone knew that Messrs. Giscard, Mitterrand and Chirac had mistresses, but no one paid much attention because everything was done discreetly. Besides, the French don’t believe that monogamy makes a politician any more efficient.
This time around, sex has come storming out of the closet. There was the incident a couple of years ago when Mr. Sarkozy’s wife, Cécilia, ran off to New York with her lover. In a dramatic turnaround, Mr. Sarkozy wooed his wife back, maybe with promises that she’d soon be choosing the curtains in the presidential palace. Meanwhile, the Mona Lisa smile on Ms. Royal’s face suggests that either her doctor has prescribed some very relaxing herbal teas, or she is exceptionally enamored of campaigning. Her, let’s say, permanently fulfilled expression prompted so much speculation about her sex life that she has issued legal threats to rumor-mongering Web sites.
All in all, until very recently, the 2007 campaign had been glamorous and Clintonesque, fought out via the celebrity magazines — a thoroughly modern, media-led affair.
But deep down, the French distrust modernism. They long for the days when theirs was the international language of diplomacy and only France made sparkling wine.
Which might explain why a third candidate suddenly became such a serious contender.
Until eight weeks ago, François Bayrou, a centrist former minister of education, was a marginal figure, down there in the polls with the Marxists and the “save the organic truffle” brigade. Since then, he has leapt to join the leaders. He has stalled in third place, but one poll this week predicted that if Mr. Bayrou and Mr. Sarkozy face off in the clinching second round of the election, in May, Mr. Bayrou would win.
The question is, pourquoi?
Well, Mr. Bayrou is the anti-excitement candidate, a sort of political Prozac after all the amphetamines of the Sarkozy-Royal conflict. He is fairly young at 55, and he has a relatively full head of hair, but so far he has left the paparazzi in a soporific daze. He wants to unite everyone — he’s a member of a centrist party but might well appoint a Socialist prime minister; he is a Catholic but a staunch defender of secularism in schools. The message is that if he can unite God and the atheists, surely he can unite France.
Most of all, he is something that even urban voters see as quintessentially French — a farmer. His official Web site shows him pitchforking hay on the family farm, and he was recently quoted in the weekly Le Point as saying: “My friends and I aren’t the jet set. We’re the tractor set.”
One should not underestimate the strength of this rustic image in the national psyche. If you gave an average Frenchman the choice between a reforming president who would plug the country’s huge deficit and a good cheese, he would probably opt for the cheese.
This is why in France, candidates not only kiss babies, they kiss cows. Politicians flocked into the recent Agriculture Fair in Paris to be photographed embracing livestock. And no one looked more convincing in the clinch with a four-legged, hairy friend than Mr. Bayrou.
His rise in the polls seems to prove that, despite what they say, the French are upset by upheaval, revolted by revolt. They want things to stay the way they have always been. Even Louis XVI was able to provoke his subjects into guillotining him only because he tried to flee the country, thus making himself look a traitor. If he had stayed in Paris and hugged a few prize bulls, France would probably still be a monarchy.
Stephen Clarke is the author of “Talk to the Snail: The Ten Commandments for Understanding the French.”
Publié par https://quinquabelle2008.blogspot.com/ à 19:33 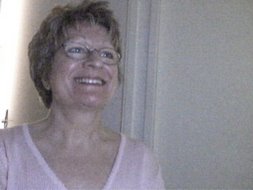